The other night I had a hard time falling asleep because I couldn't stop brainstorming about how to turn a jar into a fairy house. (Only me...I know.) I knew I wanted to make it so at night the windows and door would light up; the house needed to be sturdy enough to stand up to the elements outdoors; and I wanted to use craft materials we already had around the house. Finally I had a eureka moment...why not use my beloved hot glue gun!?! So many people think hot glue guns are just for gluing things together, but they can add texture and dimension to your work as well. I'm super excited to share with you this simple tutorial for making JAM JAR FAIRY HOUSES & GNOME HOMES! They really are adorable! 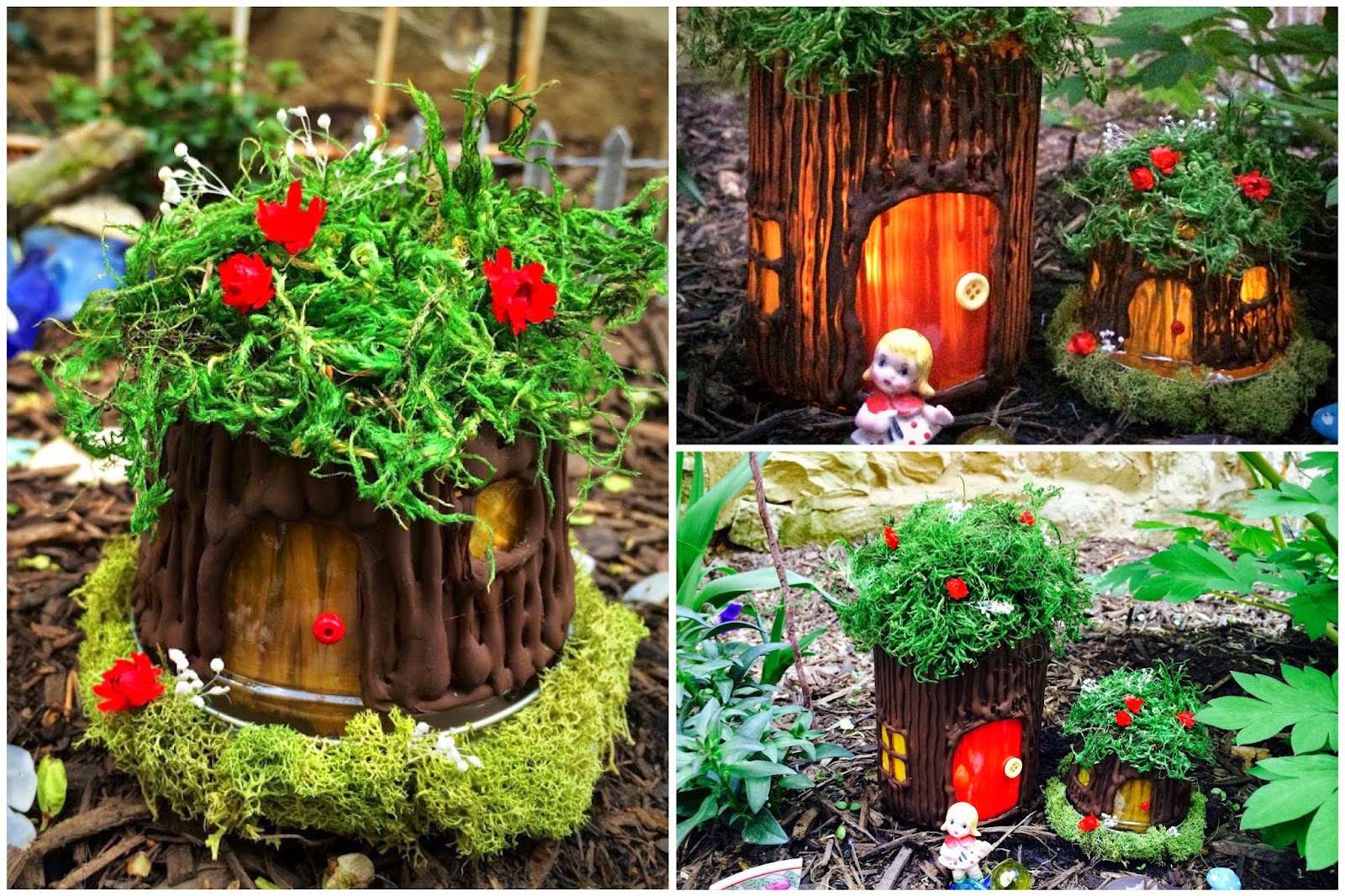 First, decide which direction you'd like your jar to stand. For instance, my smallest JAM JAR FAIRY HOUSE stands on its lid, but the larger one (made from an apple sauce jar) stands upright. Using your hot glue gun, "draw" a door and windows on your house. Then, fill in the walls of the house with vertical lines of your hot glue. Try to draw them on in long, fluid strokes, but the house by no means needs to be perfect. Each lil blip or quirk, will give your fairy house more character! Next, paint the inside of the jar where your windows and door are located. Keep in mind that you'll want some light to shine through at night, so don't pick colors too dark or layer the paint too thick. After you've painted the inside, paint the outside of the jar brown. Carefully go around each window and the doorway. After the paint dries, the final step is gluing on dried moss and some tiny dried flowers. For our little jam jar fairy house, I glued moss on the top of the house (bottom of the jar) and along the edges of the lid. You can find preserved moss at your local craft store or, if you like, just use natural materials found in your own backyard...twigs, tree bark, fallen leaves, helicopter seeds, acorns. 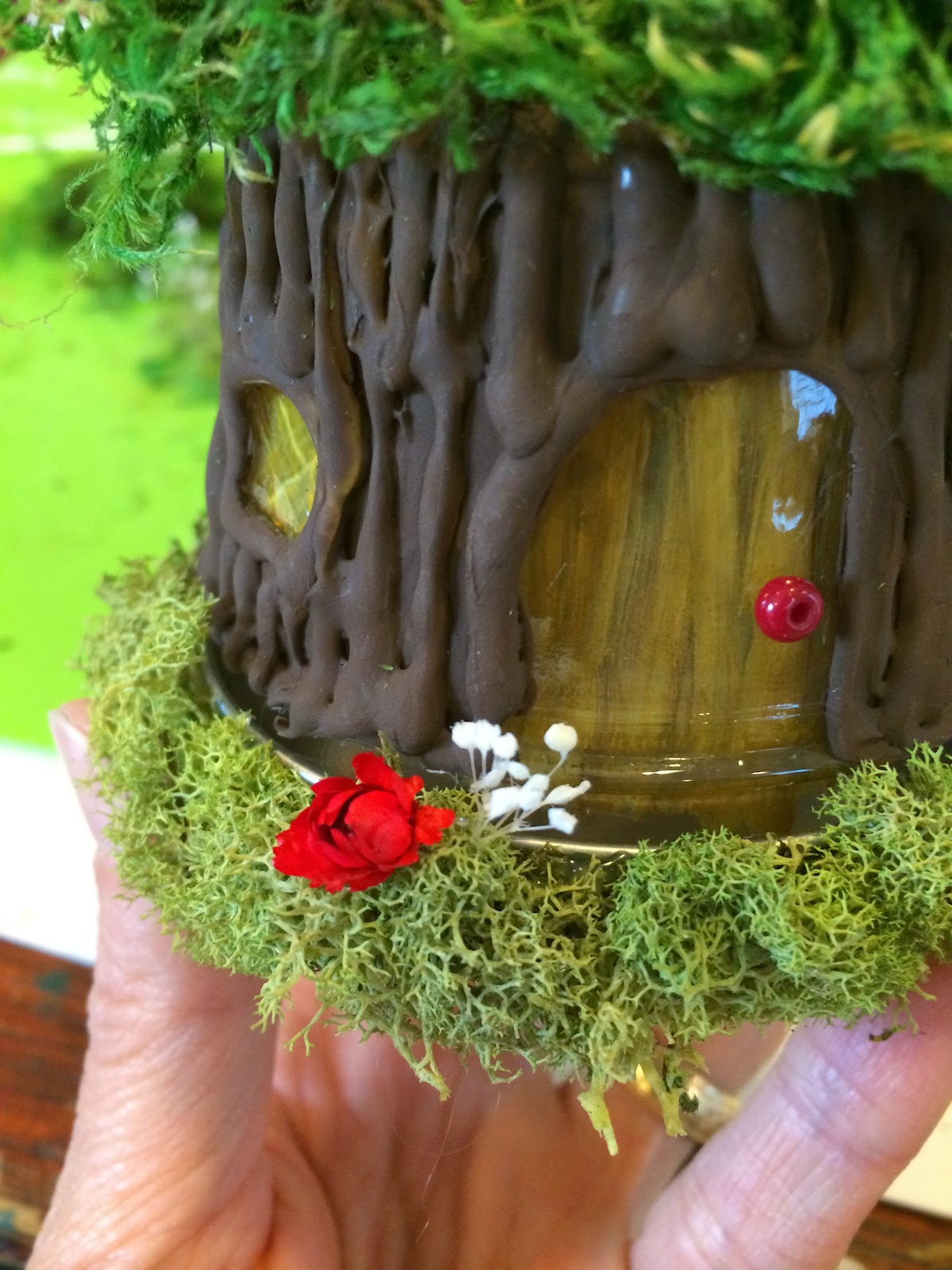 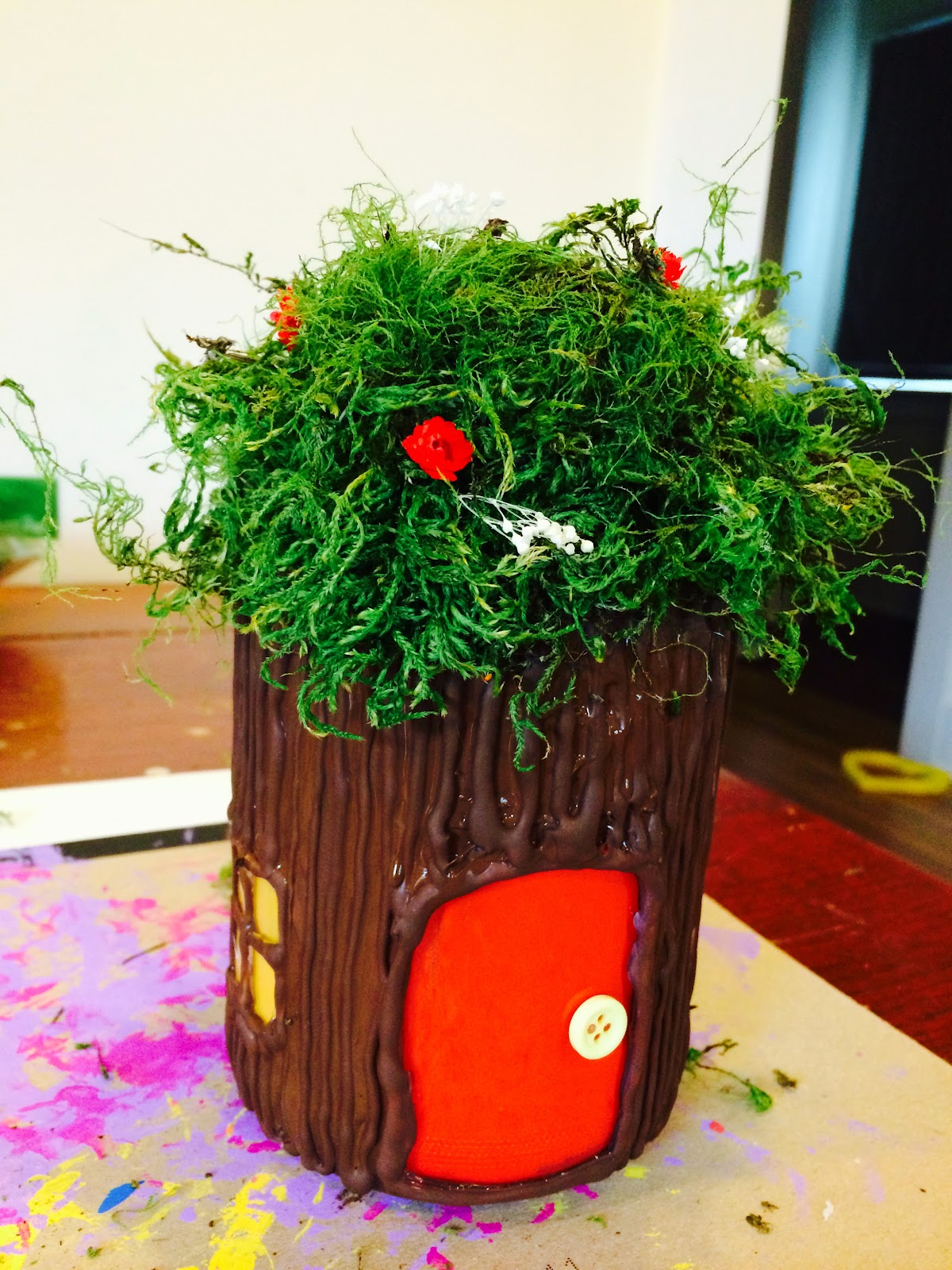 You can display your fairy houses inside or outside. To light them up at night, just place a little, battery operated, tea light inside. Enjoy! 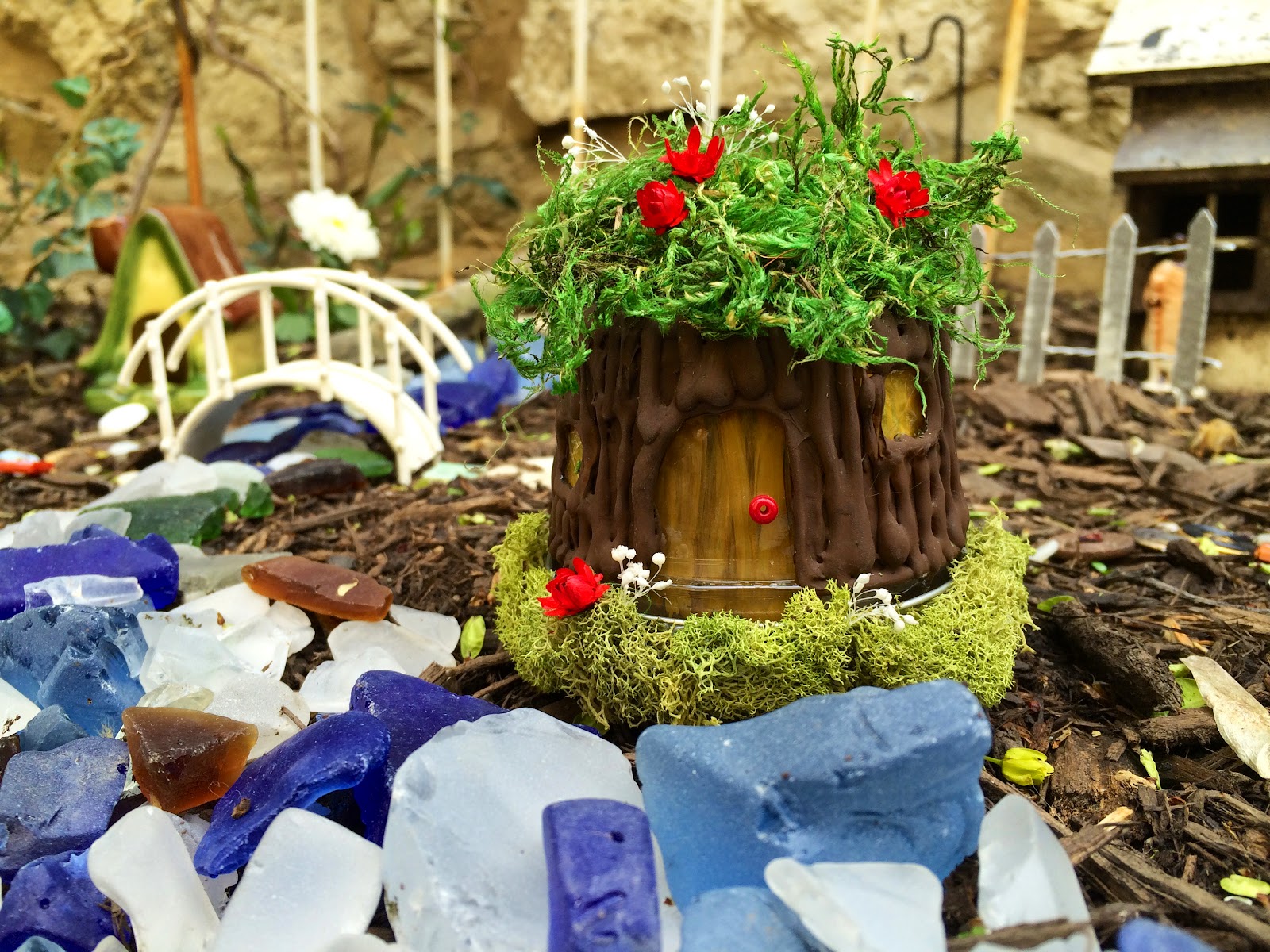 If you're giving a JAM JAR FAIRY HOUSE away as a gift, don't forget to include some fairies and some fairy furniture tucked away inside the jar! 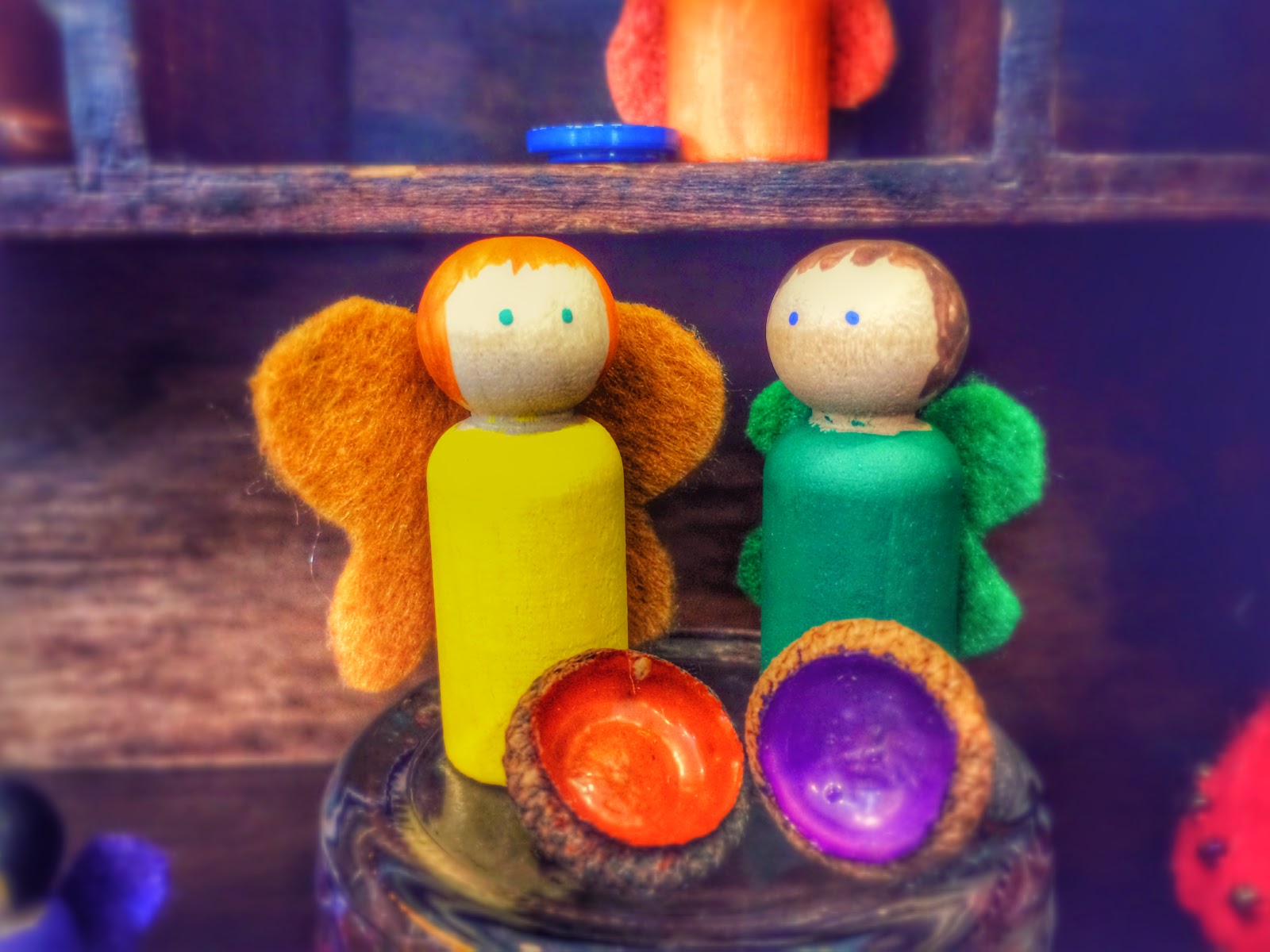 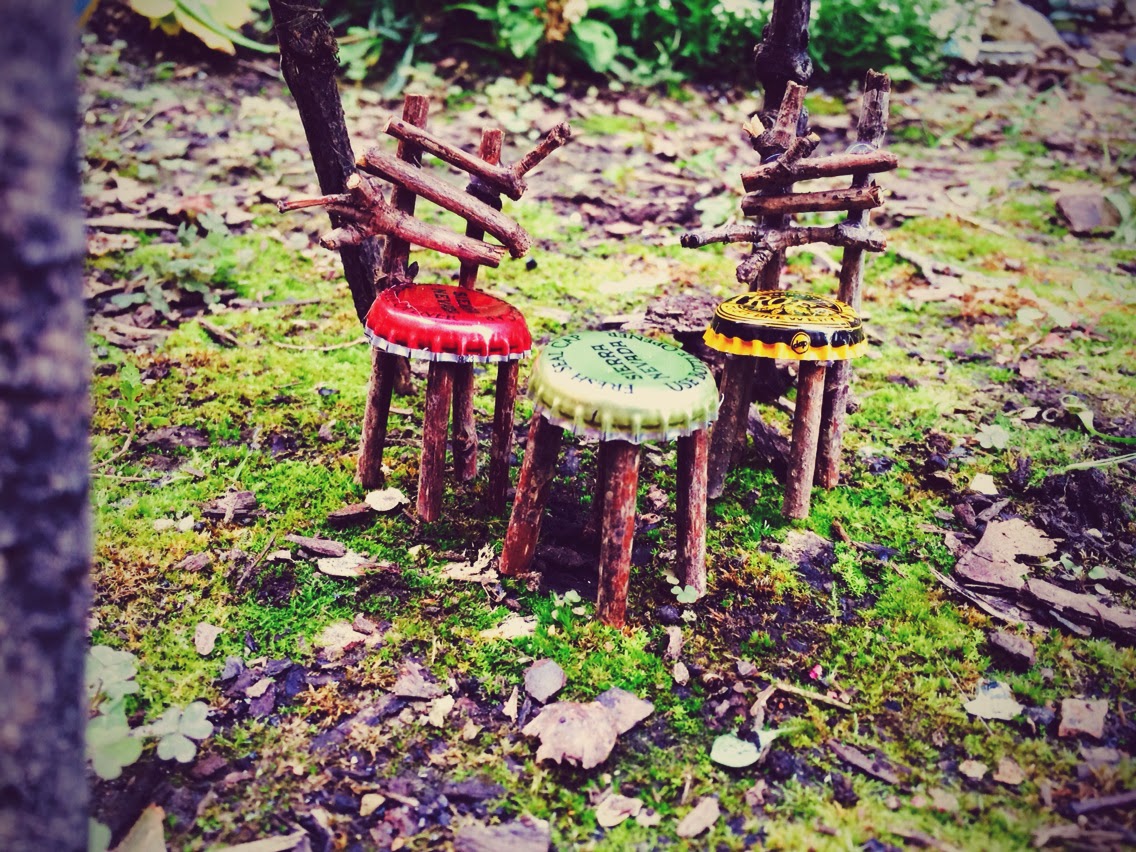 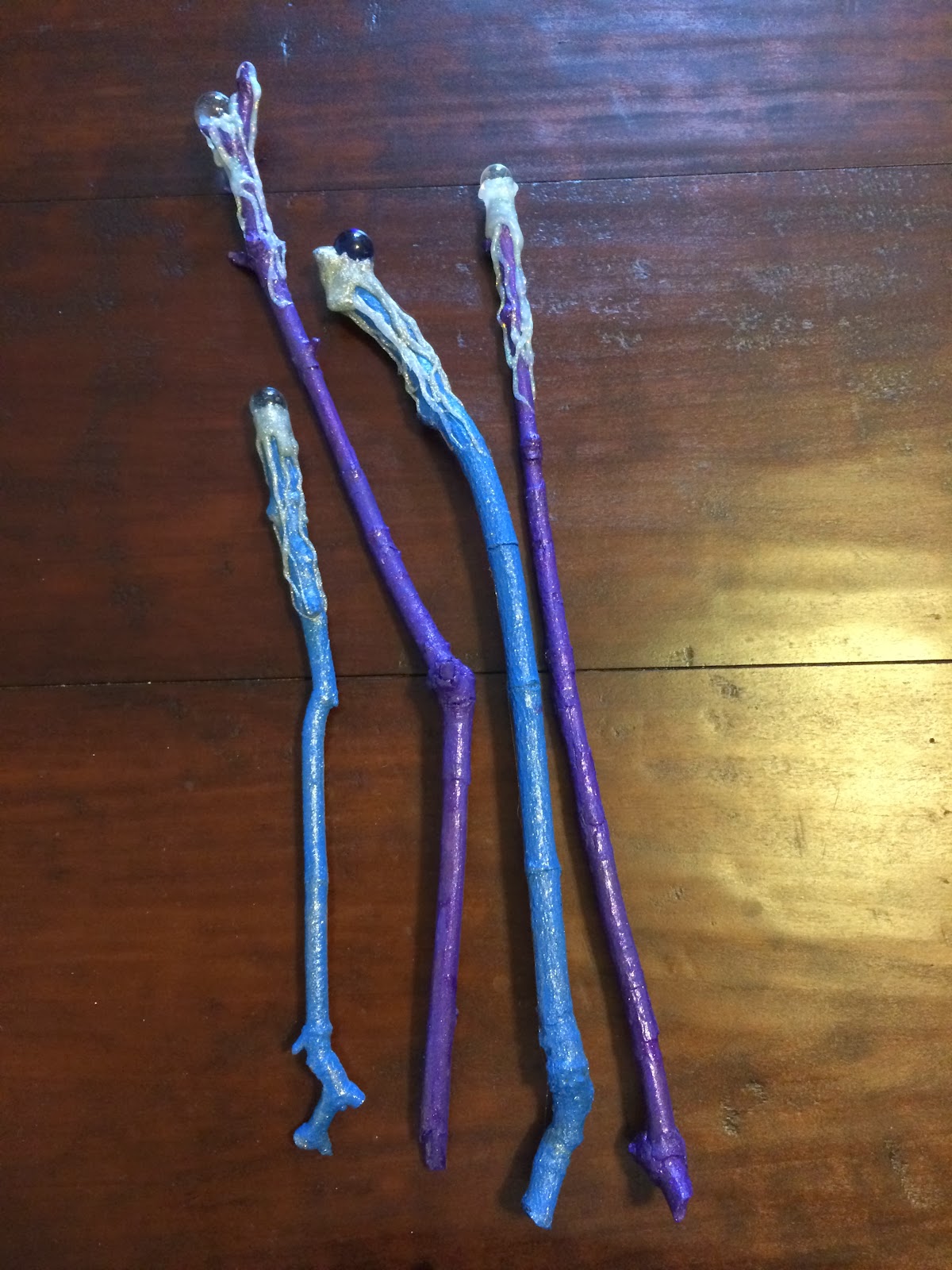 Thanks for visiting Our Beautifully Messy House! If you like what you see, please share with your friends and subscribe/follow me! Find us here on FaceBook too! Enjoy!